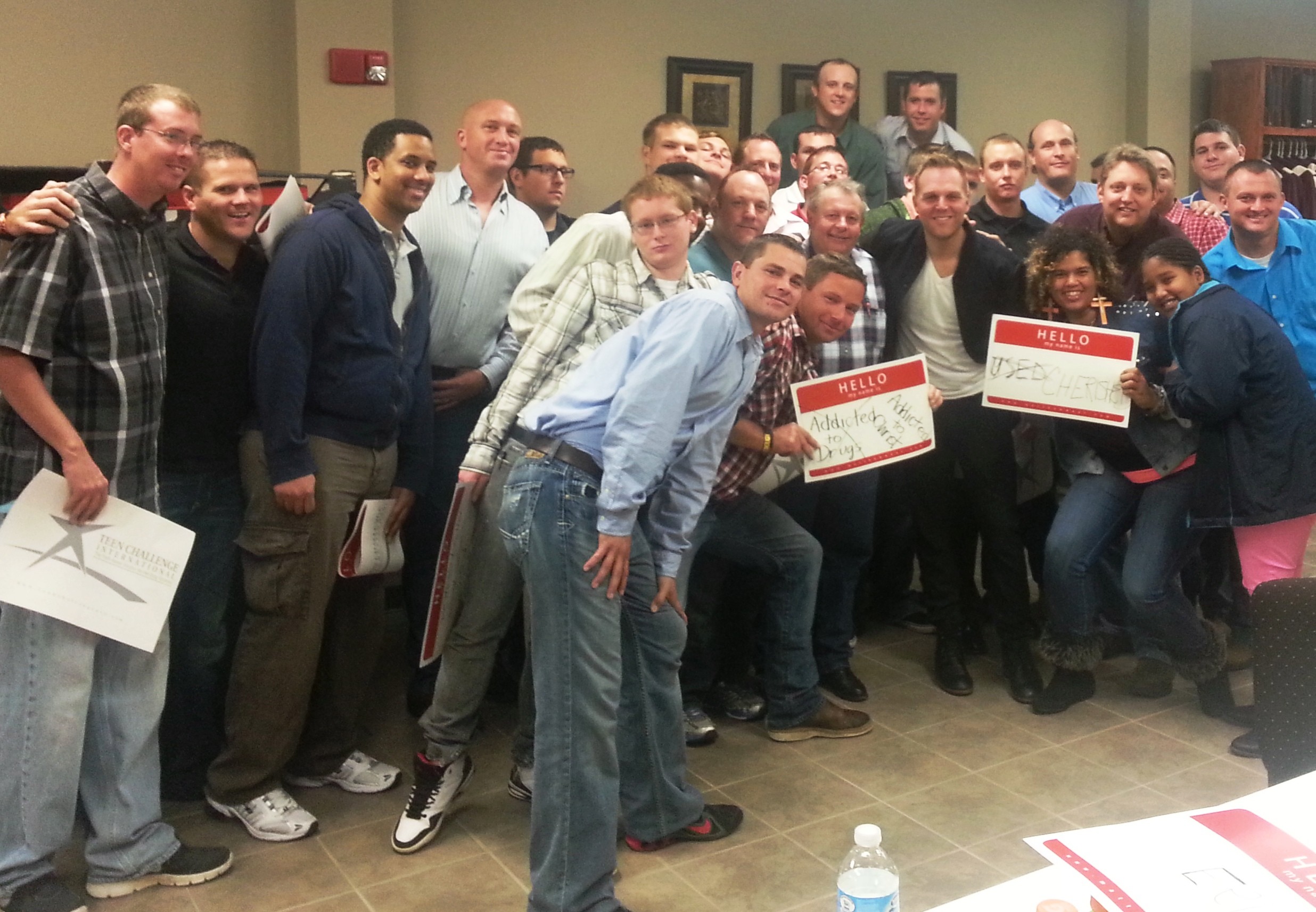 On November 16, the guys from the Azle men’s campus at Teen Challenge of Texas were invited to go to a live Matthew West concert in Decatur, Texas. Matthew West wrote a song called “My Name Is…”. The song was originally inspired by a true story about a Teen Challenge graduate who went through some hardships that led to addictions. When the Teen Challenge student found Christ, he also found a new identity. He now introduces himself as “a child of the one true King.” This song, as well as many of the other songs written about real life stories in Matthew West’s “Into the Light” tour was an inspiration and encouragement to all of the Teen Challenge students attending the concert. Many of the students had never been to a Christian concert until that night. When they heard some of the songs being sung, they could relate the lyrics to their own lives.

Matthew West recognized the Teen Challenge students as his special guests at the concert. The students were invited to meet and talk with him backstage. West encouraged the students to continue serving God and finishing the race they started at Teen Challenge. This concert brought a positive message of hope, forgiveness, and God’s amazing love. The Teen Challenge Azle men had an awesome experience and express their appreciation to Matthew West and his ministry.